At the end of the visit from Grandma and Grumpa, Emmett thought it would be fun to climb the bookshelf in our living room. Just as Jeff said “be careful up there” he slipped, fell and apparently banged his pinkie finger into the window or radiator. He was in quite a lot pain and his finger immediately swelled up – so Jeff and Grumpa took him into the children’s hospital here in Barcelona. As a first hospital visit, it was quite an expedient process. Our expectations, having been set by the invariably long waits at emergency rooms in the USA coupled with the typically slow pace of things in Spain, were greatly exceeded as we were all in and out of the hospital with x-rays and a splint (for the fractured pinkie finger) in about 30 minutes. 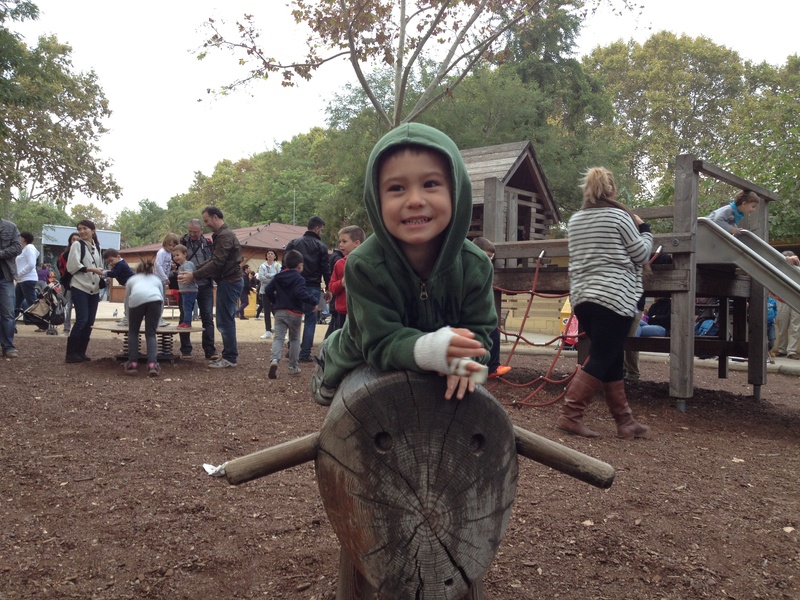 Emmett was taking everything well with the splint, but then about two weeks in, I guess a classmate stepped on his broken finger while he was at school and made the fracture worse – making it a displaced fracture. Unfortunately the school never mentioned this incident to us and we only found out about the severity of the issue when we went for a follow up appointment in another two weeks – where to Doctor found the now displaced fracture and given that two weeks had gone by and it had healed improperly was now going to require surgeries.

Fast forward 3 days and we are at the day of surgery. Overall the surgery went fine, but we were definitely unprepared for how things go in Spain. On the positive, we had a private room all to ourselves and were able to hang out there for the pre-op visits, waiting for the surgery to finish and for Emmett to wake up from the anesthesia.  The kids also loved having. On the negative, during what we thought was another pre-op visit, the doctor just walked away with Emmett and apparently started the surgery. Luckily, the nurses were able to explain what happened and Emmett did great. Coming out of surgery Emmett had some nausea and vomiting from the anesthesia, so had to stay the night. I stayed with Emmett and Jeff had an enjoyable night staying with Abby. From what were told, the surgery went well and was faster than we thought. Of course we will know for sure once he has his cast off, which should be tomorrow, and see how his finger is doing. 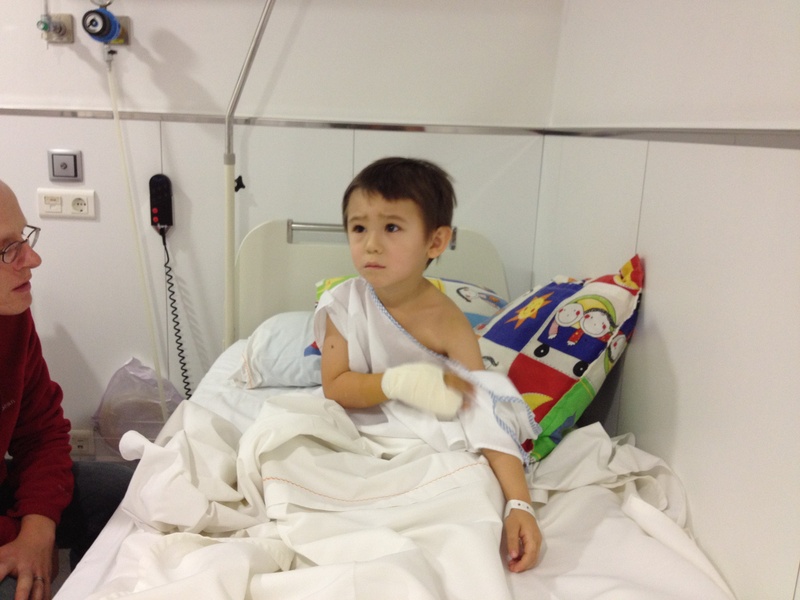 Reply off white clothing
12:40 AM on August 18, 2022
I want to show my gratitude for your kindness for all those that need help with this particular subject. Your special commitment to getting the solution around had been rather informative and have surely helped ladies much like me to reach their goals. This warm and friendly guide can mean so much to me and additionally to my fellow workers. Regards; from each one of us.
off white clothing http://www.off-whiteclothing.us.org

Reply nike off white
5:35 AM on August 18, 2022
I have to express appreciation to this writer just for rescuing me from such a condition. After looking throughout the world wide web and meeting solutions which were not beneficial, I figured my entire life was over. Being alive devoid of the solutions to the issues you have fixed by means of your entire write-up is a critical case, as well as ones which could have in a wrong way affected my entire career if I hadn't noticed the website. Your own mastery and kindness in taking care of all the stuff was precious. I am not sure what I would have done if I hadn't encountered such a stuff like this. I'm able to at this moment look ahead to my future. Thanks a lot very much for your specialized and effective help. I will not think twice to recommend the sites to any individual who should receive direction on this problem.
nike off white http://www.offwhiteshoes.us.com